Welcome to the Nagy ATF (Advanced Thin-Film) Research Group website. Our group research focuses multiferroic functional materials.  Our group spends hours trying make these ferroics at very tiny dimensions and to see what happens when ferroics are scaled down to the size of a few nanometers. The challenge is not only in making them but also seeing these nanostructures and measuring their properties. At such length scales, the background noise often overrides the signal of interest. In materials science lingo we call this the synthesis-processing-characterization triangle. 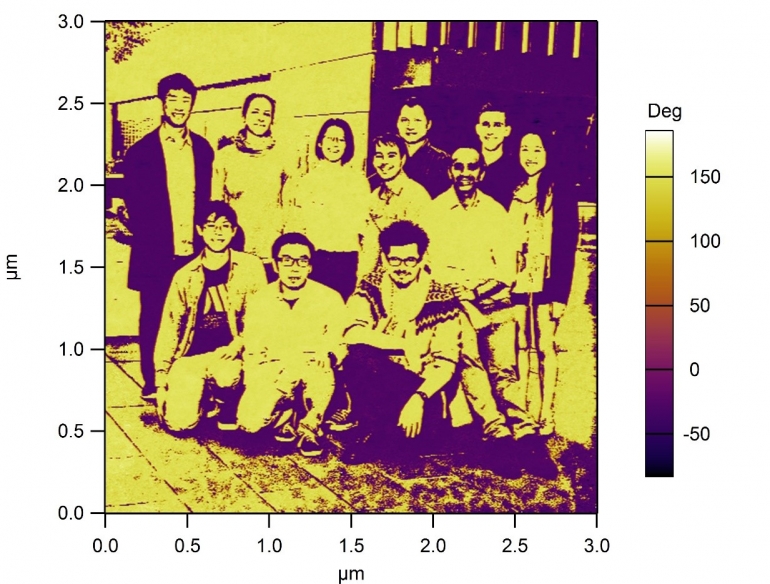 In our group we are interested in the properties of a material at an interface. In fact, often the system of interest is so small that the surface area dominates over the volume – we called this surface and interface mediated phenomena. We study interface morphology, chemistry and structure and its effect ultimately on the properties.

In 2009 it was demonstrated that certain types of domain walls in an otherwise insulating material are able to conduct current. We have developed devices based on domain wall nanoelectronics, a new avenue to design functional materials by using nanofabrication to artificially engineer domain walls in ferroelectrics.  This program funded by the ARC led to a breakthrough paper published in Science Advances and coverage by a number of media outputs. A follow-up paper, showing that the charge state of the wall can be used to access multi-level data storage, was recently published in Advanced Functional Materials.

The recent discovery of complex domain arrangements in nanoscale ferroelectrics has triggered an explosion in the search for exotic topologies that do not exist in the parent bulk materials. In 2017, our group first demonstrated the nanoscale bubble domains in an ultrathin structured ferroelectric film by tuning its depolarization field via an STO spacer layer. It is found that the bubbles exhibit polarization rotation with mixed Néel-Bloch character to a point where distinguishing between a domain wall and domain becomes nearly impossible. The induced rotation must break the tetragonal symmetry of the parent PZT matrix thereby representing an entirely different ferroic phase.

Observation of a new type of nanoscale ferroelectric domains, termed as “bubble domains”—laterally confined spheroids of sub‐10 nm size with local dipoles self‐aligned in a direction opposite to the macroscopic polarization of a surrounding ferroelectric matrix—is reported. The bubble domains appear in ultrathin epitaxial PbZr0.2Ti0.8O3/SrTiO3/PbZr0.2Ti0.8O3 ferroelectric sandwich structures due to the interplay between charge and lattice degrees of freedom. The existence of the bubble domains is revealed by high‐resolution piezoresponse force microscopy (PFM), and is corroborated by aberration‐corrected atomic‐resolution scanning transmission electron microscopy mapping of the polarization displacements. An incommensurate phase and symmetry breaking is found within these domains resulting in local polarization rotation and hence impart a mixed Néel–Bloch‐like character to the bubble domain walls. PFM hysteresis loops for the bubble domains reveal that they undergo an irreversible phase transition to cylindrical domains under the electric field, accompanied by a transient rise in the electromechanical response. The observations are in agreement with ab‐initio‐based calculations, which reveal a very narrow window of electrical and elastic parameters that allow the existence of bubble domains. The findings highlight the richness of polar topologies possible in ultrathin ferroelectric structures and bring forward the prospect of emergent functionalities due to topological transitions.

Using a combination of piezoresponse force microscopy (PFM) and phase-field modeling, we demonstrate ubiquitous formation of center-type and possible ferroelectric closure domain arrangements during polarization switching near the ferroelastic domain walls in (100) oriented rhombohedral BiFeO3. The formation of these topological defects is determined from the vertical and lateral PFM data and confirmed from the reversible changes in surface topography. These observations provide insight into the mechanisms of tip-induced ferroelastic domain control and suggest that formation of topological defect states under the action of local defect- and tip-induced fields is much more common than previously believed.

A new paradigm of domain wall nanoelectronics has emerged recently, in which the domain wall in a ferroic is itself an active device element. The ability to spatially modulate the ferroic order parameter within a single domain wall allows the physical properties to be tailored at will and hence opens vastly unexplored device possibilities. Here, we demonstrate via ambient and ultrahigh-vacuum (UHV) scanning probe microscopy (SPM) measurements in bismuth ferrite that the conductivity of the domain walls can be modulated by up to 500% in the spatial dimension as a function of domain wall curvature. Landau–Ginzburg–Devonshire calculations reveal the conduction is a result of carriers or vacancies migrating to neutralize the charge at the formed interface. Phase-field modeling indicates that anisotropic potential distributions can occur even for initially uncharged walls, from polarization dynamics mediated by elastic effects. These results are the first proof of concept for modulation of charge as a function of domain wall geometry by a proximal probe, thereby expanding potential applications for oxide ferroics in future nanoscale electronics.

Nanofabrication and interface engineering of the electrical and mechanical constraints can lead to thin films and nanomaterials systems with superior electromechanical properties, suitable for sensors and actuators. This concept has led to significant outcomes, such as realization of colossal piezoelectric coefficients in ferroelectric thin, origins of non-linear electric field Rayleigh behaviour, thermodynamic theory of inter-domain and inter-layer couplings, giant piezoelectricity in ferroelectric nanowires and ferroic domain motion in thin film multilayers. In 2007, Prof. Nagy co-authored the first report of direct measurement of displacement charge at a polar oxide interface. [Nat. Mater. 6 64 2007] His paper [Appl. Phys. Lett. 84, 5225, 2004] holds the record for the smallest direct measurement of polarization in a ferroelectric.

Crucial to all modern nanoelectronic devices, interfaces are present wherever dissimilar materials meet.  Due to the aggressive trend for miniaturization, these interfaces have become an unavoidable and dominating factor that influence performance. Even the presence of single atomic –level defect can adversely affect the nanoscale device performance. We used highly sophisticated aberration-corrected microscopy and atomic-scale spectroscopy techniques to not only investigate the consequences but also see how to exploit defects associated with materials lattice. This has led to the ideology of “designer defect engineering”.  At interfaces (sometimes buried in the interior of solid samples) unique materials behaviour can emerge and underpin a plethora of fundamentally new properties. Our group demonstrated that when dissimilar materials are stacked against each other with atomic level proximity, the imposed proximity yields a nanoscale composite system with fascinating materials properties not exhibited by either of the constituent materials. [Phys. Rev. B 2014, Nature Comms 2012, ACS Nano 2013] This philosophy underpins strain engineering methodologies explored in this proposal. At such tailored interfaces, the atomic structures induce strong coupling between the mechanical, electrical, and magnetic properties, providing the ability to use electricity to affect mechanical properties or magnetics to affect electrical properties. We have successfully exploited this coupling to yield a new class of interface materials, several orders faster and with lower energy consumption, for technologies such as piezoelectric sensors and semiconductor logic transducers; paving the way for next-generation nanoelectronic devices. 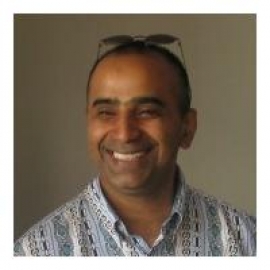